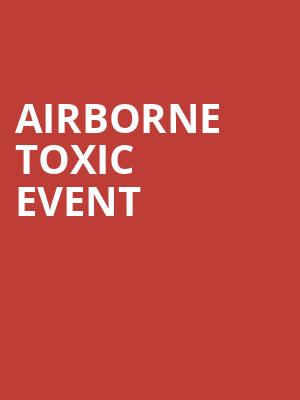 Jollett plays guitar hard and fast and goes back to back with bassist and Joe Strummer lookalike Noah Harmon, before a blazing encore

Originally formed in 2006 by frontman/novelist Mike Jollet and drummer Daren Taylor, their roster expanded with the addition of classically trained violinist Anna Bulbrook and jazz bassist Noah Harmon amongst others. Over the course of six studio albums, the collective of talented musicians have consistently demonstrated their penchant for stadium-sized killer choruses and glorious melodrama. Hollywood Park sees Jollett distill his extraordinary personal journey, chronicling a childhood spent in an infamous cult, the poverty of his teen years and finding himself in a band.

Sound good to you? Share this page on social media and let your friends know about Airborne Toxic Event at Vogue Theatre.