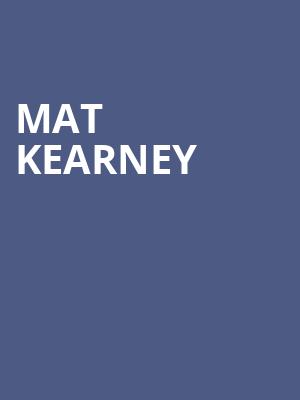 A new tour from Mat Kearny!

Oregon-born Mat Kearney is back out on tour! A Christian singer-songwriter Kearny burst onto the music scene back in 2006 with the release of his second album, "Nothing Left To Lose". Hitting number four in the US Christian charts and number two in the US Heat chart, the album shot Kearney into superstardom.

With his subsequent albums managing to cross over from the Christian charts (where they hit the number one spot!) into the US mainstream top 20, Kearny's popularity has only gotten more tangible. With catchy pop melodies Kearny brings an upbeat joy to his songwriting, don't miss him when he lands in your town!

Sound good to you? Share this page on social media and let your friends know about Mat Kearney at Egyptian Room.